Did anyone watch the finale of American Idol last night?

I did but kept switching back and forth between that and the Lightning game.

It was down to two country artists....

I wasn't very happy with the finalists outcome. I think both are outstanding singers and I love country music.  However, both weren't as entertaining as other contestants. I usually just fast forwarded through their performances. It was the same thing each week... Scotty would sing a country song through the side of his microphone and walk around the audience. Lauren would wear a dress and sing a song that wasn't impressive because she already peaked early on.
I also hold a grudge against Scotty. He seemed SO rude when Lady Gaga was mentoring him. Yes, she is different than you. That doesn't mean you kiss your cross necklace after talking with her. Guess what? Jesus loves her too!
OH, OH, OH! Did anyone see what I think I saw? Scotty and Lauren kissing on the mouth after it was announced he won? What the......!
Overall, it was a very entertaining and talented season. Entertaining enough for me to post a blog entry about it. Haha.
What did you think Scotty winning? Did you like this season?
Posted by Steph at 9:55 AM

I'm not a Scotty fan either and the Lady Gaga incident made me dislike him even more. I wanted Haley vs. Casey in the final but I figured that wouldn't happen so I was Team Lauren. I thought the announcement of the winner was so anticlimactic this year...everyone knew Scotty was going to win.

I didn't keep up with this season at all but hearing about that Lady Gaga stuff just makes me glad I didn't watch it! What a little shit.

We can all take pride in knowing he will just be another Idol no name... I mean I can't even tell you who won last year and I work in radio and love pop music!

I don't watch Idol anymore but I wasn't very impressed by what I saw of the finalists either :-/

I didn't watch AI this year (and hardly last year)... but I saw the 3rd last girl? She sang Zepplin? (and tripped!) I thought SHE was really good... and then I heard she was voted off!

Melissa: Write it in Lipstick said...

I only watched the last episodes and Scotty can sing, I dont know how everyone else was but he got my vote.

I think she lost because of the strained voice. People were thinking she could not keep her voice. And of course there is the people who just loved men country singers. IDK Y but she was my favorite. 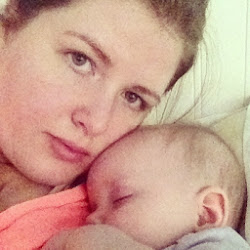